I’ve been thinking about Thoreau and how he had to ‘get away from it all’ to pen his masterpiece, Walden. Then, as intentionality/universe/”U”niverse/God would have it, I came across this quote in a book:

“When man has obtained those things which are necessary to life, there is another alternative than to obtain the superfluities; and that is, to adventure on life now, his vacation from humbler toil having commenced.”

I knew I needed time alone but I wasn’t really sure why. I figured I’d eventually figure it out. I think that maybe I have.

I’ve done a lot while I’ve been in Puerto Rico but I also have found myself with periods of boredom and loneliness. Not sad loneliness but literal alone-ness. When you’re not talking to another person all day, the brief banter with a Starbucks barista becomes significant and cherished. I’ve read books — yes, plural. I’ve binged on television shows. I’ve done my conference calls and emails. So, what do I do once I’ve done all the typical things that I use as procrastination techniques to avoid doing what I’m meant to do? I started writing. I started building a freelancer website. I started analyzing the sparks of the reason I’m on this earth and how I’m intended to serve others.

Ah. That’s why I needed to be alone.

It’s worth noting that I’m not saying people can only figure that stuff out if they’re alone. I’m saying that I needed to be alone to figure it out. I’m also quite certain I haven’t actually figured out anything and am simply on a new path of discovery that I hadn’t noticed, before. This time here in Puerto Rico is my time at Walden’s Pond.

Yesterday, I went on my Couch to 5K run. It was the first time I finished and felt like I’d done a good job and not half-assed it. After breakfast, I walked back along a new route and found myself wanting to run some more — and so I did. Then, I found myself in an unbelievable tropical downpour. Nobody else was on the streets as even strong umbrellas weren’t up to the task. But, I had on my visor and was already in my wet-from-sweat attire, so I kept running. It was exhilarating.

The force in which I was moving forward matched the force in which the rain was pummeling me. It was a beautiful and vigorous dance. I tried to snap a photo but even my phone refused to work under the given conditions. I found myself smiling gleefully as I ran in the rain past huddled folks under awnings. I maybe have never felt more alive. Sure, a cliche, but now one I can truly wrap my arms around. After my running desire waned, I was still several blocks from home so kept on walking. As I’d encounter puddles I would literally slosh through them like a child. It was delightful. Walden’s Puddle?

Today, the office closed early for the long Labor Day weekend. We’d caught a break in the rain so I decided to try the beach, again. This time I took less stuff in my bag but grabbed the apartment’s beach chair and boogie board. Out of guilt for hauling them, I used and enjoyed both.

I love how the ocean is the great equalizer of the ego. I thoroughly enjoyed watching people in their cutest beach attire tiptoe into the ocean for their partner to take their picture. Within a few moments, a wave would knock them from their perfectly posed footing and the resulting smile was pure joy and far better than their previously staged serenity. I bet I watched this exact same scenario seven times.

I also learned that you can use the Marriott beach chairs and umbrellas if you spend $20. Nachos, Pina Colada, done. I loved my day at the beach, although I still had altogether too much sand, everywhere. After my pina colada (plus contraband rum drinks I brought from the apartment) and wave jumping, I napped hard. It was almost sunset and I had a date with Bruno Mars.

Okay, I said that for dramatic effect. A local outdoor shopping center is hosting a “Friday Night Sunset Concert Series” with a Bruno Mars tribute band. Currently, I am sipping a Chardonnay and doing the equivalent of squinting my ears to make myself believe that’s Bruno I hear crooning.

Sighted on my run 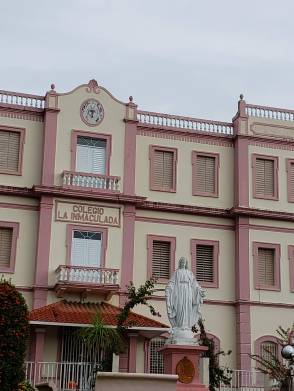 Gorgeous marble steps to something (?)

I love how they painted rabbits on all the old photos

See the mouth around the door opening?

It must be good karma to have the magic wand pointing at you, right? 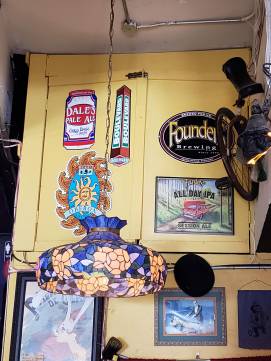 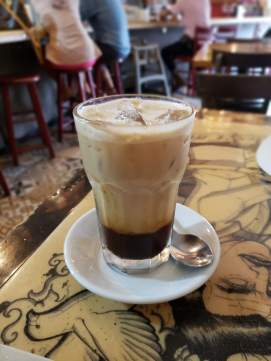 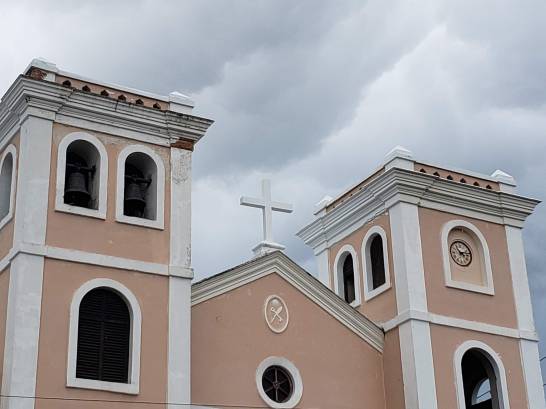 There’s a dark cloud over the church. Get it? 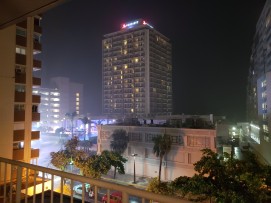 This was later, after my running-in-the-rain experience. This is a fraction of as hard as it was raining, then. 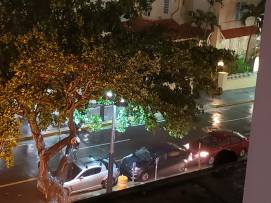 Close but no cigar. 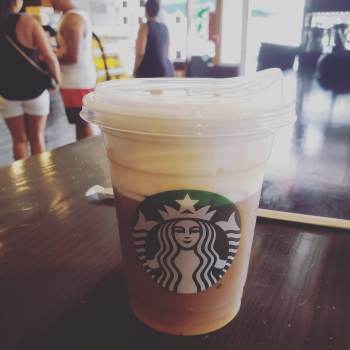 I didn’t earn this one with a run. But, technically it’s a cappuccino and not a latte. 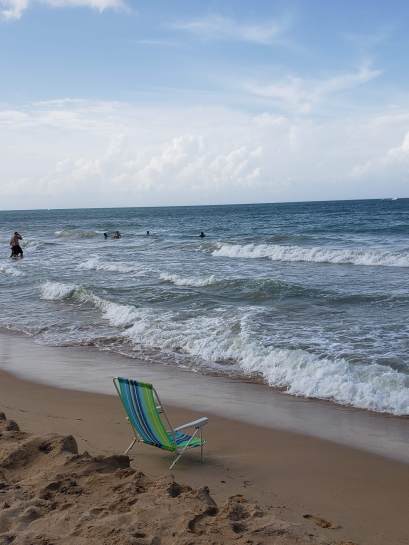 First Pina Colada of the trip! 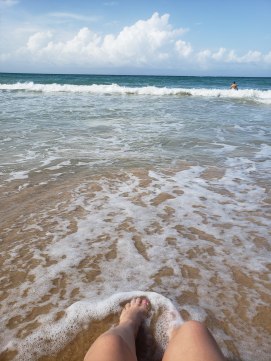 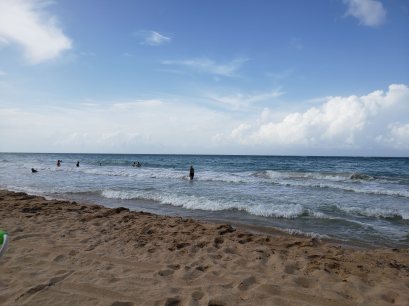 Do you see little Josie & Leslie?

2 thoughts on “My Walden”